Ekiti State Government has frowned at children selling facemasks on the streets across the city of Ado-Ekiti.

The Commissioner for Information and Values Orientation, Mr Muyiwa Olumilua, who made this known at a press briefing on COVID 19 in Ado-Ekiti, described the act as child abuse which was punishable under the law.

Mr Olumilua maintained that henceforth, any child caught selling facemasks on the highways and major streets in Ekiti would be arrested, while the parents of such child would be prosecuted for child labour and abuse.

He observed that Ekiti State Government under the present administration was against actions violating the child rights and it would not hesitate to deal decisively with anyone caught sending their children to sell on the highways and major streets in the state. 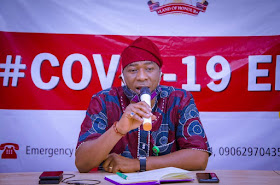