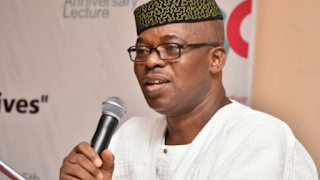 The candidate of the Social Democratic Party, SDP, in the June 18 governorship election in Ekiti State, Mr. Segun Oni, has submitted his petition against the outcome of the election at the Election Petitions Tribunal in Ado the Ekiti state capital.

Oni was accompanied to the secretariat of the Election Petitions Tribunal Thursday evening by his legal team and SDP state Chairman and chieftains to submit the 1,095-page petition.

The SDP candidate did not speak to the content of the petition but simply said that the move is to defend the sanctity of the system.

But the leader of his legal team said the petition will challenge the eligibility of the Governor-elect, Mr Oyebanji to contest the election and question the actual victory attributed to him in the poll.