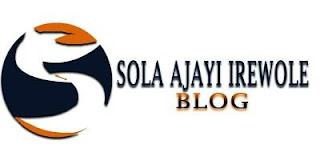 The Ekiti State Governor, Dr Kayode Fayemi, has made a case for the employment of more of Ekiti indigenes into the Federal Road Safety Corps (FRSC), saying the state was being shortchanged in recruitment exercises into the federal government’s agency.

Fayemi averred that available evidence substantiated the fact that Ekiti has a low number of its indigenes working in the agency, urging the concerned authorities to rectify the situation.

The governor, who was represented by the Deputy Governor of Ekiti State, Mr. Bisi Egbeyemi, made the remarks while receiving in audience the Ekiti Sector Commander of FRSC, Mrs. Elizabeth Akinlade, who was accompanied by other senior officers of the command.

Fayemi said there are many qualified Ekiti indigenes who applied for jobs in FRSC but were not employed urging the concerned authorities to address the imbalance and give Ekiit its due in the agency.

He advised the FRSC’s high command to always adhere to the Federal Character principle for Ekiti to get its equitable share in job slots in the agency.

Fayemi expressed delight that Ekiti has the lowest mortality rate in auto crashes in the country as attested to by the sector commander, noting that the state government would continue to work with relevant agencies to reduce carnage on the roads.

He promised to always collaborate with FRSC in his capacity as the chairman of the State Road Safety Advisory Council to consolidate on the gains achieved in the sector.

He said: “We have discovered that we don’t have many Ekiti indigenes in the FRSC and that is not good enough. Those we want you to employ are not my biological children but they are indigenes of Ekiti State.

“I want you to convey this to your National Headquarters; we want you to be fair to Ekiti anytime you are employing people into your agency. Always try and follow federal character principle to make our people happy here.”

The State Sector Commander, Akinlade explained that Ekiti was one of the states in the federation that have inaugurated the Road Safety Advisory Council, hailing the Governor for its contribution in reducing fatalities on the highways in the state.

She said the advisory council was set up to work with the state government to ensure a holistic approach to the loss of lives on the highways.