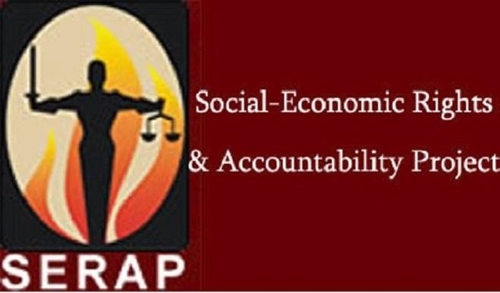 Socio-Economic Rights and Accountability Project (SERAP) has welcomed the decision by President Muhammadu Buhari to sack the suspended Secretary to Government of the Federation, Mr Babachir Lawal, and the Director-General of the National Intelligence Agency, Mr Ayodele Oke.

The organization also called on Buhari to

Urgently handover Lawal and Oke to the Economic and Financial Crimes Commission (EFCC) and the Independent Corrupt Practices and Other Related Offences Commission (ICPC) for further investigation, and if there is relevant and sufficient admissible evidence, for them to face prosecution.”
In a statement today by SERAP deputy director Timothy Adewale the organization said that, “This is a positive development in the fight against grand corruption, although this decision is coming rather late. Buhari now has to go a step further by making sure that both Lawal and Oke are promptly brought to justice in fair trials.”
The statement read in part: “Buhari also has to move swiftly to publish report of investigation into the secret reinstatement of fugitive former civil servant, Abdulrasheed Maina, and without delay identify and bring to justice anyone suspected to be involved.”
“This government now has a real opportunity to reassure a lot of Nigerians who may be worried about the direction of travel of the president’s anti-corruption agenda that there will be no sacred cow as far as the fight against corruption is concerned.”
“What the government needs at this time is a revolutionary approach to the fight against corruption if Buhari is to show his commitment to ‘kill’ corruption before corruption ‘kills’ Nigeria.”
“Without effective prosecution of high-ranking public officials charged with corruption, this government’s fight against corruption may sadly turn out to be all motion and no movement, and this will eventually undermine the legitimacy of the anticorruption efforts.

In a brief statement today the presidency said that President Muhammadu Buhari has studied the report of the panel headed by the Vice President, Prof Yemi Osinbajo (SAN), which investigated allegations against the suspended Secretary to the Government of the Federation, Babachir Lawal, and the Director General, National Intelligence Agency (NIA), Ayodele Oke.
The statement noted that the president accepted the recommendation of the panel to terminate the appointment of Mr. Lawal, and has appointed Boss Mustapha as the new Secretary to the Government of the Federation.