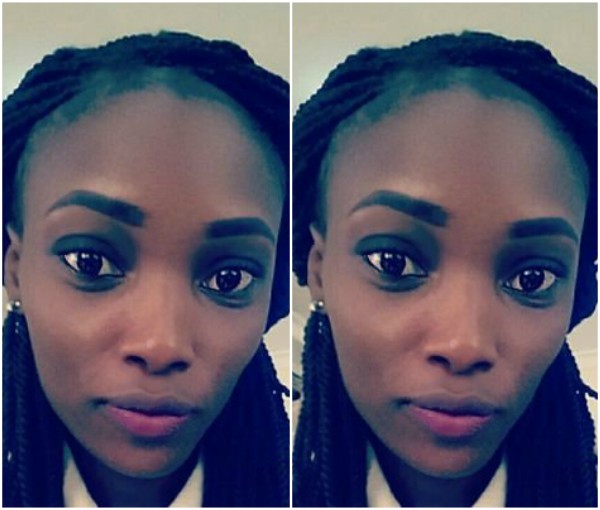 A first class Nigerian graduate has taken to Twitter to openly beg people to help her get a job. Odufuwa Sola, 22, from Ogun State, has remained jobless since she graduated in 2015 from Ajayi Crowther University, Oyo State.

“I’m Odufuwa Sola, I’m a First Class Graduate of Physics with Electronics from Ajayi Crowther University,” she tweeted on Tuesday from her handle @MzKansola. “Kindly help me retweet. I need a Job.”

Ms. Sola did not just make a First Class but was the best graduating student in the university for that year with a 4.83 G.P.A. She had the honour of delivering a valedictory speech in the school.
Ms. Sola’s appeal for help has been retweeted more than 3,000 times by other Twitter users.
But that is just the best she has gotten for now as nobody has asked her to come over for a job interview.
Ms. Sola, who said she was amazed at the rate people retweeted her post, told sources she was inspired to resort to Twitter for help having seen other people with similar situation get help through the social media.
Ms. Sola said she has applied for employment at the Ajayi Crowther University, but that she was yet to get a reply from the school.
She has also submitted applications to several companies and organisations within the country.
“Most jobs I apply for are graduate trainee slots that are science-related,” Ms. Sola said, adding that she was not feeling sad at all that she has not been able to get a job.
“I know the situation of the country, though I didn’t expect it to take so long,” she said. “But I trust God.”
Also, she does not regret studying physics. She said she would do it again and again if she were to start her university education all over. “Physics is fun,” she said.
Ms. Sola’s dream is to work someday as a renewable energy analyst, she told sources.
Meanwhile, she has started learning tailoring at Ijebu-ode, Ogun State, where she resides, while waiting and hoping to be called up for a job interview soon.
“My family has been supportive, everyone around me is just wishing me the best and praying I get a job soon,” said Ms. Shola who lost her dad in 2015, few months to her graduation ceremony.
“My appeal to Nigerians is to help me get a job of my dream and passion. I know it’s not easy out there, but with the help of God, I know something good will happen soonest. Nigerians are good people, it’s just the situation we find ourselves in as a country,” she said.
When Sources contacted the spokesperson of the Ajayi Crowther University, Alvan Ewuzie, he said that giving first class graduates instant employment in the university depended on the availability of space in the department where the student graduated from.