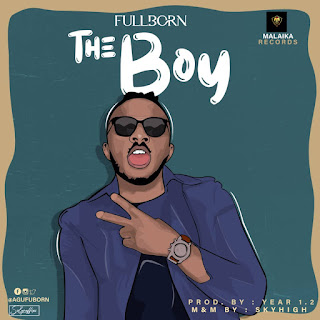 Agu ifeanyi Christopher (Fullborn)..
From Anambra.. Grew up in O'city "Onitsha city..
Went to IMO state university... Studied history and international studies.. Drop my first single in Onitsha in 2017 titled Daily bread which landed me a deal with cinematics Ng films at Lagos... Been doing music since 9year old but officially dropped my first single in 2017...

Then dropped another single by single by 2019 under cinematics Ng films which a work also as a videographer/content expert,.. This single landed me yet another deal with newly formed record label namely Malaika records...
Drop a covid 19 song this years titled stop covid 19...and about to cool my fans and audience with  yet a cool tune song titled "Theboy"...
And will be releasing 2more songs before the year runs out