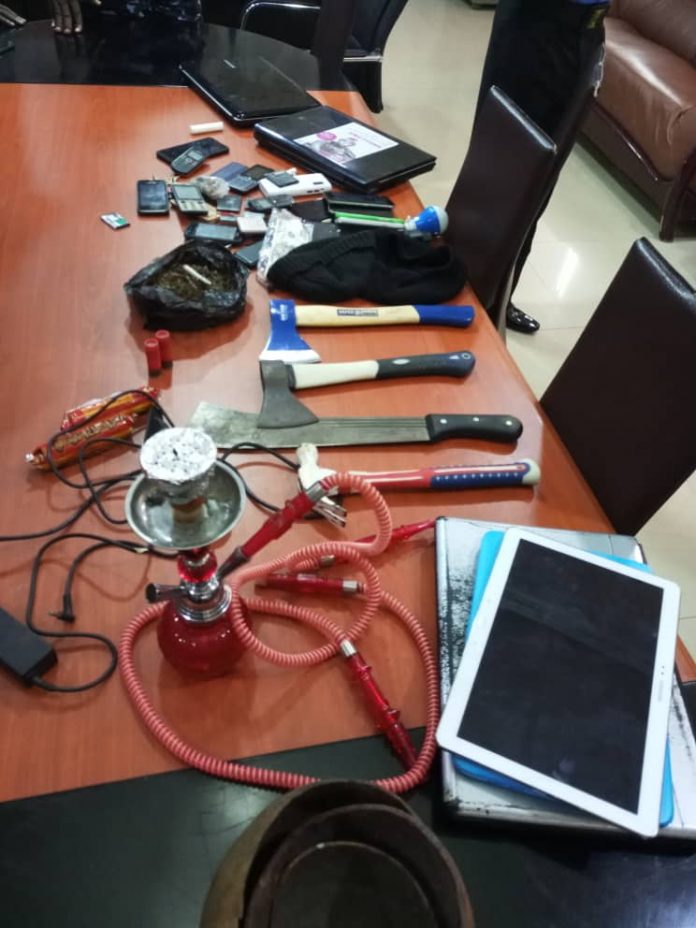 The SARS operatives of Ekiti state police command led by their Commander, Day before yesterday being the 23/10/2019 at about 0600hrs arrested the under mentioned cult suspects.


The above suspects were arrested in the Act of performing cult initiation activities in OSEKITA Area off Iworoko Ekiti State.They confessed to be members of ‘AIYE’ confraternity and students of Ekiti State University.
EXHIBITS found on them at the time of the arrest include:-
After conclusive investigation, the suspects will be charged to court.
The commissioner of Police CP. AMBA ASUQUO is using these medium to call on parents to monitor their children while in higher institutions of learning. These among others will help to checkmate them for proper guildiance.
DSP CALEB IKECHUKWU,POLICE PUBLIC RELATIONS OFFICER (PPRO),FOR : COMMISSIONER OF POLICE EKITI STATE COMMAND.