Adesola Ikulajolu
Students of two Ondo State institutions, Adekunle Ajasin University Akungba-Akoko and Ondo State University of Science and Technology, Okitipupa has shutdown the state capital to protest in the hike in their tuition fee.
OUR CORRESPONDENT gathered that the students gathered in Akure, the state capital as early as 6am and we're joined by the counterparts from other institutions.
The protest currently ongoing is tl demand for reduction in their tuition fee.
Recall that the two state owned institutions were shutdown indefinitely following a mini protest that rocked their campus over tuition fee saga.
The two institutions went  on Mid-Semester break which has now being declared "till further notice".
However, the protest currently going on in Akure has the joint efforts of the National Association of Nigerian Students (NANS) Ondo Axis.
As at the time of report, the protest is peaceful as  protesters carried placards with captions "ReduceOrResign ", "Reduce or tuition fee "and many others.
Also, no government officials has attended to the students as at when filling this report.
See photos below. 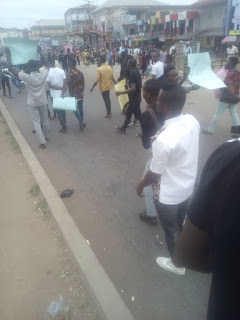 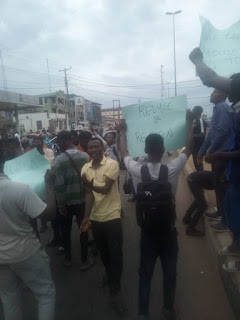 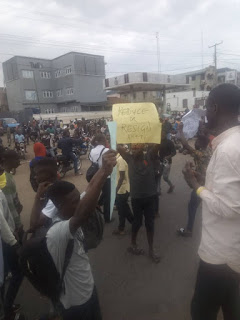