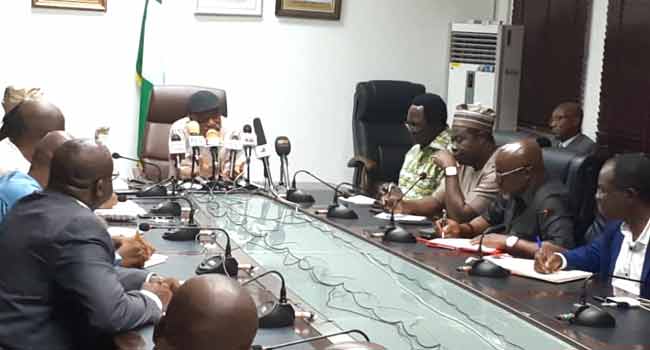 The Federal Government is currently holding a meeting with the leadership of the Nigerian Labour Congress (NLC).

The meeting follows a warning by the union to commence an indefinite strike starting from midnight.
NLC President in a briefing on Wednesday directed all labour unions and civil society groups to embark in the strike.
According to the NLC, its decision to embark on the strike is as a result of the refusal of the Federal Government to reconvene the Tripartite Committee on a new National Minimum Wage.
They (NLC) had last Thursday resolved to commence an indefinite nationwide strike after the expiration of the 14-day ultimatum issued on September 12, which elapses today.
The organised labour is alleging that its request to reconvene a tripartite committee on the national minimum wage for workers was not met, and the leaders have cautioned the Federal Government against foot-dragging on the new minimum wage.
NLC is demanding an upward push from N18,000 to N56,000 as minimum wage.