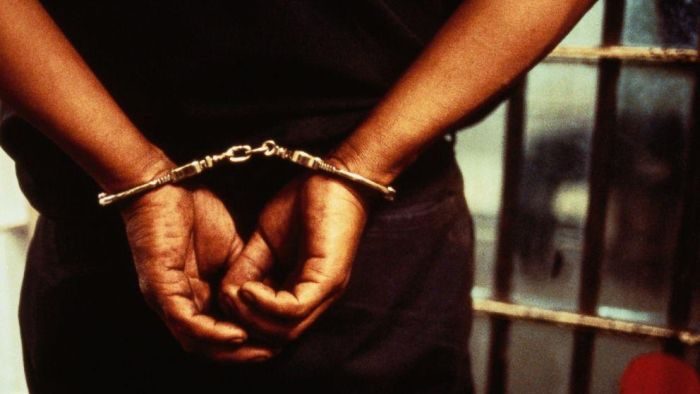 A man identified as Ekoh Noel was on Tuesday arraigned and sentenced to one year imprisonment by the Federal High Court sitting in Benin, Edo for impersonating popular Nollywood actor, Mike Ezuruonye.

Ekoh was brought before the court by the Economic and Financial Crimes Commission, EFCC, on a one count charge of obtaining by false pretence.
He was said to have represented himself as the popular Nollywood star on Facebook, and in the process defrauded one Faith Ojo to the tune of N12.4m
Upon his arraignment, the convict pleaded guilty to the charge.
The count reads: “That you, Ekoh Noel sometime between November and December 2017 in Benin within the jurisdiction of this honourable court did by means of fraudulent trick obtained from Faith Ojo the aggregate sum of N12, 400, 000 (Twelve million, Four Hundred thousand naira only) when you represented yourself as Mike Ezuruonye a Nollywood movie actor on Facebook with email account: ekohnoel@gmail.com, contrary to Section 421 of the Criminal Code Act, laws of the Federation of Nigeria, C38, 2004 and punishable under Section 510.”
Based on the plea of the defendants, the prosecution counsel, Larry Aso Peters prayed the court to convict and sentence the defendant accordingly.
However, defence counsel, N.I. Oriazowanlan pleaded with the court to temper justice with mercies as the convict was a first time offender and also to consider the plea bargain between the defence and the prosecution.
Justice P. I Ajoku convicted and sentenced the defendant to one year imprisonment.