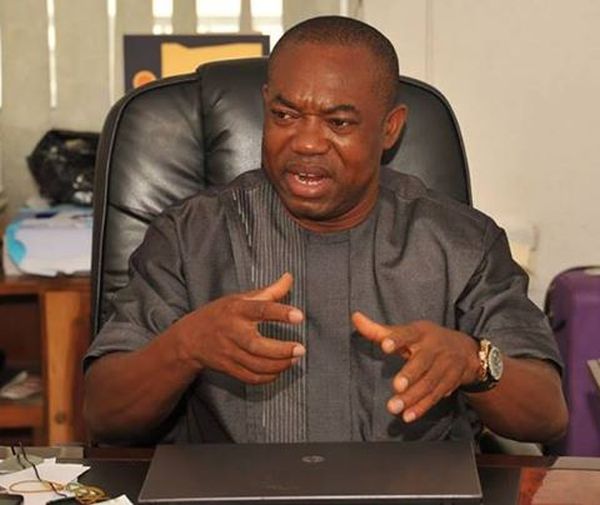 As the spate of killings across Nigeria continues unabated, Senator Mao Ohuabunwa has blasted the federal government led by the All Progressives Congress (APC) for its apparent inability to stem the tide of bloodletting, saying the ruling party now values animal lives more than human lives.


Ohuabunwa, who represents Abia North at the National Assembly, made the observation while speaking at the inauguration of a motorised water bore hole he attracted for Nneato community in Umunneochi Local Government Area through the Anambra-Imo River Basin Development Authority.
“Nigeria is so insecure today that we no longer talk of killings but the number of those killed. We have lost value for human lives. In Nigeria, under APC leadership, cows and dogs have more values than human beings,” he said.
The federal lawmaker lamented that Nigeria has been turned into a huge slaughter house by those who take delight in shedding human blood while the ruling party and the presidency watch the orgy of killings helplessly.
According to him, never in the history of Nigeria has “insecurity gone as bad as it is today,” noting that the situation had gone so bad that cows that got slaughtered at abattoirs get dignified death than Nigerians who get slaughtered in their homes and farms.
The Senator therefore challenged the APC-led federal government to rise above defeatist attitude of buck passing and take responsibility for its failure to protect lives and property of Nigerians.
He pointed out that the seeming inability of the federal government to rein in the marauding herdsmen and secure lives and property of Nigerians was already creating internal problems for ruling party as many APC senators just like other concerned Nigerians have lost confidence in the APC-led federal government.
He said: “I can tell you that APC senators are now playing more opposition than their PDP counterparts because they have lost faith in their party. Very soon, they will defect en masse to PDP. They are only waiting for the right time to strike.
“They (concerned APC senators) are ashamed of what to tell their constituents during campaign. Is it to tell them that their party brought hunger and allowed killings of innocent Nigerians? No, they are tired of the lies.”
Ohuabunwa disclosed that aside from water projects, he had also attracted N50 million worth of hospital equipment to health centres in his constituency and distributed 10 electricity transformers as well.
The former Speaker of ECOWAS Parliament also flagged off the construction of a cottage hospital at Umunneukwu Agbo in Isuikwuato which he said would be ready before the end of the year, assuring his people that every community in Abia North zone would have a functional health centre before the end of his tenure.
Speakers at the event, including the Town Union President of Eziama Nneato Community, Dr. Emma Onyearo, and a community leader, Sir Ifeanyi Okechukwu, lauded Ohuabunwa for solving the water problem in the area.
Chairman of Umunneochi Local Government Area, Chief Okey Igwe, who described Ohuabunwa as “a performing and accessible senator,” said the people are very happy and proud of his quality representation in the Senate.