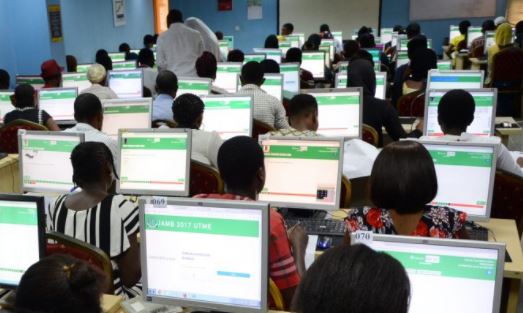 The Joint Admissions and Matriculation Board said the examination mode for blind candidates for the 2018 Unified Tertiary Matriculation Examination was likely to be conducted by dictation, as was done in 2017.


Head, Media and Information, JAMB, Dr Fabian Benjamin, gave the hint in an interview with the News Agency of Nigeria on Thursday in Lagos.
Benjamin was speaking against the backdrop of calls by some blind candidates in Lagos, seeking to know if they would be using the Braille Note Apex for the forthcoming Computer-Based Test, scheduled for between March 9 and 17.
According to him, all blind candidates will be writing the 2018 UTME through the dictation mode, as was the case in 2017.
“Yes, the candidates would be taking this year’s examination through the dictation mode.
“This dictation would be carried out by the ‘Equal Opportunity Group,’ under the supervision of Prof. Peter Okebukola, a former Executive Secretary, National Universities Commission.
“The Board is mindful of the needs of the Nigerian child and, therefore, will stop at nothing in ensuring that everyone is carried along and given equal opportunity to succeed.’’
Meanwhile, Benjamin has urged all candidates writing the UTME Mock examination slated for February 26 to start printing their examination details, as notices have already been sent to their respective e-mail addresses.
According to him, the board has concluded all arrangements for a hitch-free conduct of the examination nationwide.
He said candidates were being advised to adhere strictly to the directives issued to them in connection with the conduct of the examination.
Benjamin urged candidates to ensure they arrive at their respective examination centres early.
He further said that lateness, use of mobile phones, wristwatches, bluetooth devices, smart lenses, microphones, earpieces, smart rings, ink pen readers and other electronic devices, would not be allowed.
NAN reports that 245,753 of the 1,652,795 candidates who registered for the examination, were expected to write the mock test.