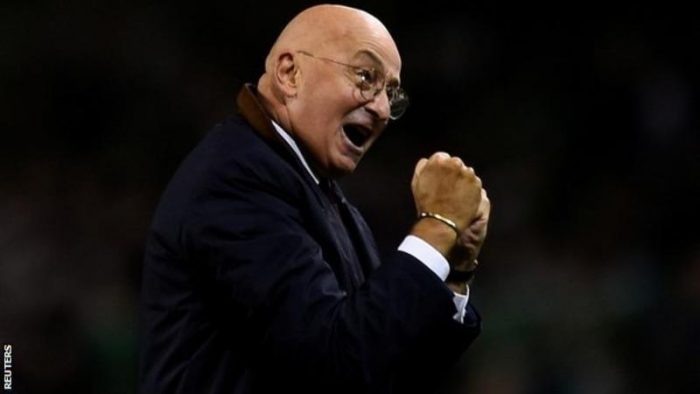 Serbia have parted company with coach Slavoljub Muslin, despite him leading them to the World Cup in Russia above the Republic of Ireland and Wales.

Muslin, 64, guided his country to the top of Group D as they reached their first major tournament in eight years.
But a statement from the country’s FA (FSS) said: “The FSS decided to part company with Muslin by mutual consent.
“His assistant Mladen Krstajic takes over as the caretaker until a new head coach is appointed.”
The widely-travelled Muslin – who has managed in several countries including France, Cyprus and Belgium as well as in his homeland – was named as Serbia boss in May 2016, and only lost one of his 10 competitive games in charge.
Meanwhile, Serbia’s neighbours Hungary have hired Belgian boss Georges Leekens on a two-year contract. Bernd Stock left the role after failing to guide them to the World Cup.