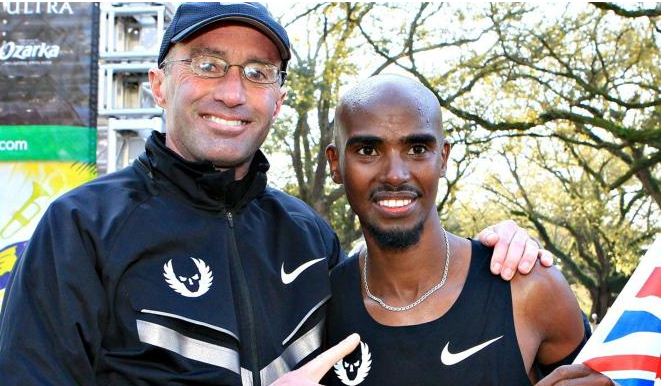 Mo Farah has denied splitting with long-time coach Alberto Salazar because of drug related offences. The Somali-born star said he left his coach simply because he wanted to move back to London.

In an interview with Sun Newspaper he said: “I’m not leaving the Nike Oregon Project and Alberto Salazar because of the doping allegations
The 34-year-old Somalia-born star began training with Salazar in 2011 at his Oregon Project camp in Portland, and won his first world title the same year in the 5 000m at the Daegu World Championships.
Farah is the most successful British track athlete in modern Olympic Games history, he is the 2012 and 2016 Olympic gold medallist in both the 5000 m and 10,000 m, and is the second athlete in modern Olympic Games history, after Lasse Virén, to win both the 5000 m and 10,000 m titles at successive Olympic Games.
Farah also completed the ‘distance double’ at the 2013 and 2015 World Championships in Athletics. He was the second man in history after Kenenisa Bekele, to win long-distance doubles at successive Olympics and World Championships, and the first in history to defend both distance titles in both major global competitions – a feat described as the ‘quadruple-double