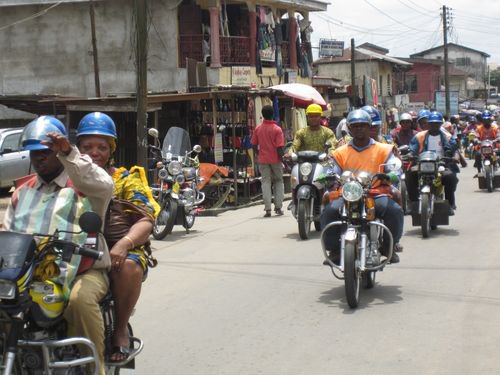 A commercial motorcyclist, Obinna Nwophoke, accused of stabbing a colleague with a screwdriver on the chest, on Monday appeared before an Ebute Meta Magistrates’ Court in Lagos.

Nwophoke, 30, whose address was not provided, is facing a two-count charge of unlawful assault, and pleaded not guilty.
The Prosecutor, Insp. Cousin Adams, told the court that the accused committed the offences on Oct. 10 at 9.15 p.m., at the “Okada Park’’ on Baale Road, Sari-Iganmu.
He said that Nwophoke and Michael Udeh got into a heated argument over an issue yet to be ascertained, and the former stabbed his mate with a screwdriver on the chest.
The offences, Adams said, contravened Sections 172 and 173 of the Criminal Law of Lagos State, 2015 (Revised).
The Magistrate, Mrs O.A. Fowowe-Erusiafe admitted the accused to a bail of N50,000 with two responsible sureties in like sum.
She adjourned the case until Nov. 20 for mention.
(NAN)