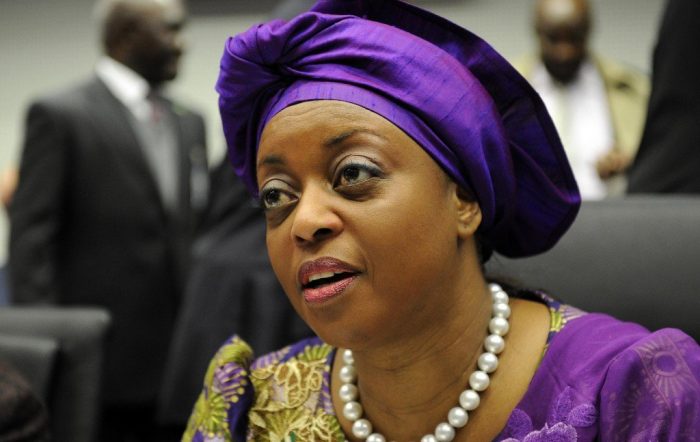 The Economic and Financial Crimes Commission has prayed the Federal High Court in Lagos not to order the return of a former Minister of Petroleum Resources, Diezani Alison-Madueke, from the United Kingdom to Nigeria.

The EFCC described Diezani’s pleas to be brought back to Nigeria as a ploy to escape justice in the UK, where, according to the EFCC, she is being investigated for several financial crimes by the Metropolitan Police.
According to the commission, investigation by the Metropolitan Police in Diezani’s case had reached an advanced stage and her prosecution in the UK was imminent.
The EFCC made this disclosure in a counter-affidavit it filed in opposition to Diezani’s application before Justice Rilwan Aikawa, wherein she is seeking an order compelling the Attorney General of the Federation to facilitate her return to Nigeria.
In the said which she filed through her lawyer, Mr. Onyechi Ikpeazu, Diezani said she wished to appear before the Federal High Court in Lagos to defend a criminal charge bordering on alleged laundering of N450m, where her name was mentioned.
The main defendants in the charge are a Senior Advocate of Nigeria, Mr. Dele Belgore; and a former Minister of National Planning, Prof. Abubakar
But kicking against the application, the EFCC, in a counter-affidavit deposed to by one of its operatives, Usman Zakari, explained that when it began investigation into the case involving Belgore and Suleiman sometime in 2015, Diezani spurned its invitations to explain her role and rather absconded the UK.
Zakari said, “That the applicant, seeing that the investigation by the Metropolitan Police had reached advanced stage and that trial in the instant charge before this honourable court is proceeding smoothly, had designed the instant application to distract and scuttle both her investigation and imminent prosecution in the United Kingdom the trial before this honourable court.
“That the applicant, who knows full well that she is on bail in the United Kingdom where she is being investigated for several financial crimes, and that she would not be able to leave that country in view of the ongoing investigation and imminent trial, is seeking the order of this honourable court for the charge before this honourable court to be amended to include her name on the face of the charge in order for her to escape from investigation and prosecution in the United Kingdom under the guise that she is coming to face her trial before this honourable court and also to scuttle the trial before this honourable court.”
Justice Aikawa adjourned till Wednesday for ruling.